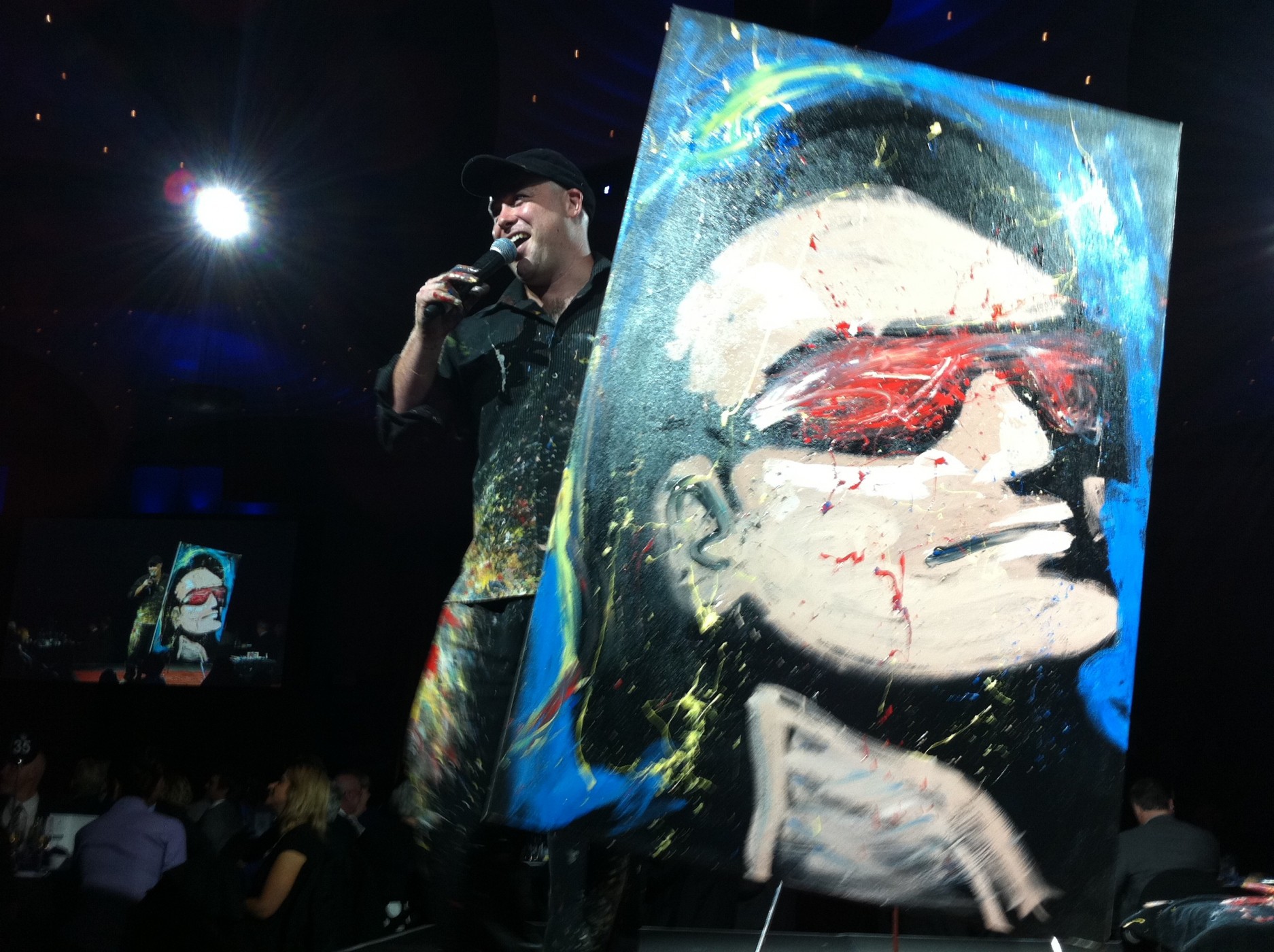 More than just a ‘live painter’, Brad enthrals audiences across the world with his unique show. He is the world’s fastest painter, producing paintings in under 4 minutes!

​Recently awarded Entertainer of the Year at the Australian Event Awards, Brad has painted many iconic people live at events around the world, from Einstein and Elvis to Tiger Woods, Shane Warne, U2's Bono and Chris Hemsworth, and many, many more.

​Spanning over 10 years, Brad has appeared on numerous Australian TV shows , starting with Australia's Got Talent in 2007, and going on to feature on many others since including The Today Show, Sunrise, The Morning Show, Perth Telethon, Channel 9 Easter Appeal, Mornings with Kerry Anne, The Shak, Saturday Disney and The Circle.  He has also appeared in international media in Singapore, Fiji, New Zealand, Hong Kong, Dubai and Abu Dhabi.

​Painting isn't Brad's only talent: he is also a talented speaker, delivering keynote speeches on topics of transformation and creativity as a conference speaker.

Brad Blaze - my story in 3 minutes from bradblaze on Vimeo.