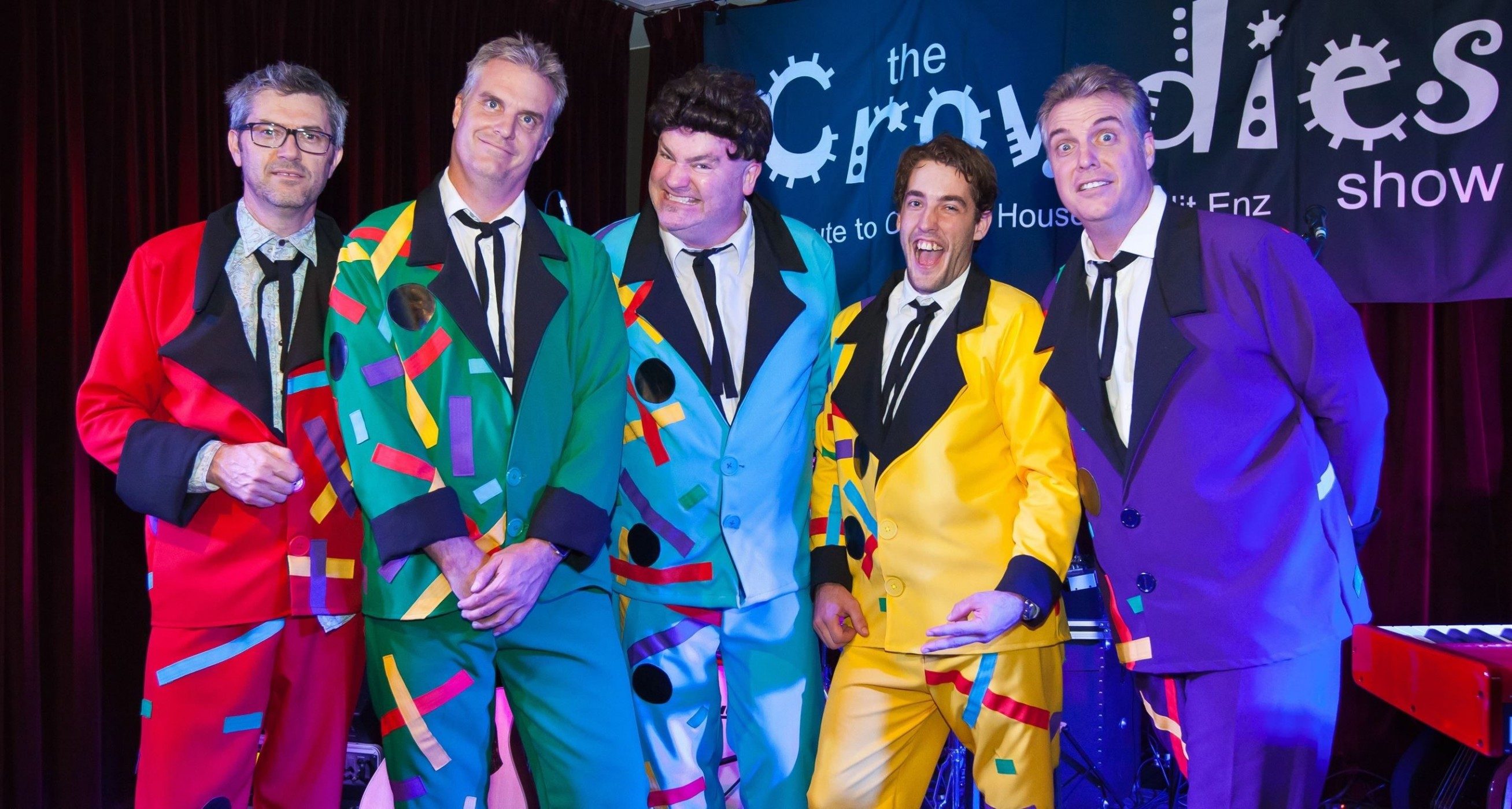 The Crowdies have entertained thousands of happy people at over 104 shows, locally, interstate and internationally. What sets them apart from a regular covers show is close attention to detail. They are an authentic Crowded House tribute, a costumed show paying precise attention to music parts, singing accents, on-stage banter and comedic improvisation reflecting a Crowded House show.

Performing timeless Crowdies Hits like: ‘Weather With You’, ‘Don’t Dream It’s Over’, ‘Distant Sun’, ‘Fall At Your Feet’, ‘It’s Only Natural’, ‘Chocolate Cake’, ‘Four Seasons In One Day’, ‘Locked Out’, ‘Something So Strong’, ‘Better Be Home Soon’

And Split Enz classics like: ‘I See Red’,’ History Never Repeats & Six Months in Leaky Boat’,’I Got You’ and ‘Message To My Girl’

The Crowdies Show give you the brilliant sound and genuine spontaneity of Crowded House & Split Enz live via two types of show – A Hotel or Club Rock Show or an intimate Dinner Show which are available for public or corporate functions locally and internationally.

The show is usually 2 x 60 min sets or a straight 90min show plus support set of suitable covers if required by the venue and the Crowdies provide quality posters, a comprehensive press kit and strong social media promotion.