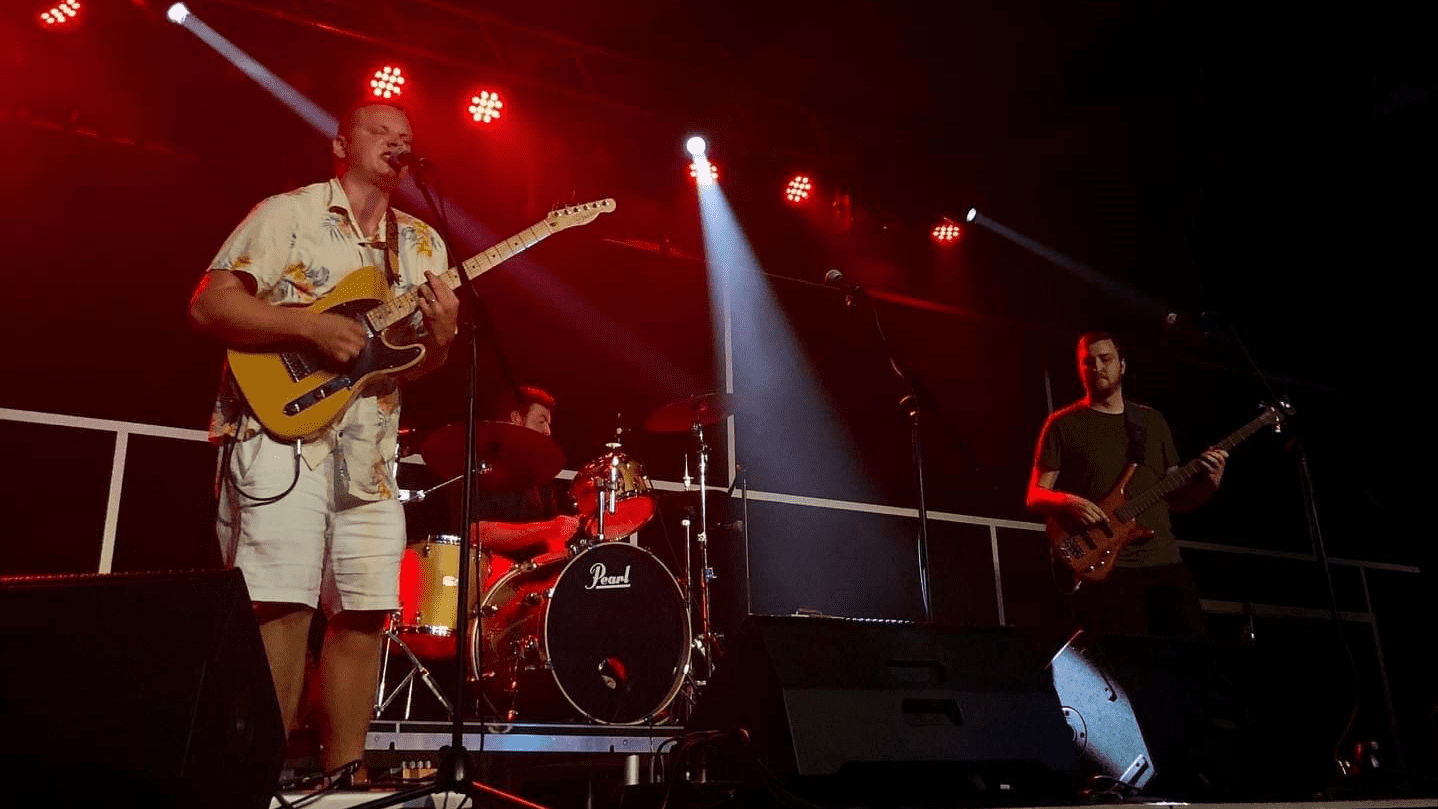 The 94s are a 3 piece alt rock band based In Canberra, ACT. Three mates with a love for music started the project at the beginning of 2021, and a passion for writing original music motivated the group to share their songs.

After much deliberation the band named themselves after the collective year the band members were born, with a name that matches the punchy sound they create.

Now with a few gigs under their belt "the 94s" are emerging in the local Canberran music scene with catchy original music and an authentic stage presence. With a wide range of musical themes, the band draws inspiration from life experiences as well as building songs around key hooks that connect with the band.

Ray Elliot, the frontman and voice of the band brings life to the songs with memorable and evocative lyrics, delivered with a soulful and unique raspy style. The Glue of the group and bass player Michael Grosse drives the songs with bass heavy riffs and licks that cut through the mix giving a raw funk rock feel. The combination of these styles with the rhythmic based drumming of Josh Robertson, tops off the band's sound creating grooves that resonate and get the crowd going.

As a 3 piece band each player's individual style is on display whilst also complimenting each other, creating a syncopated sound that is the 94s. After a taste of live performance, the 94s have no intention of slowing down with EP and more live shows in the near future.