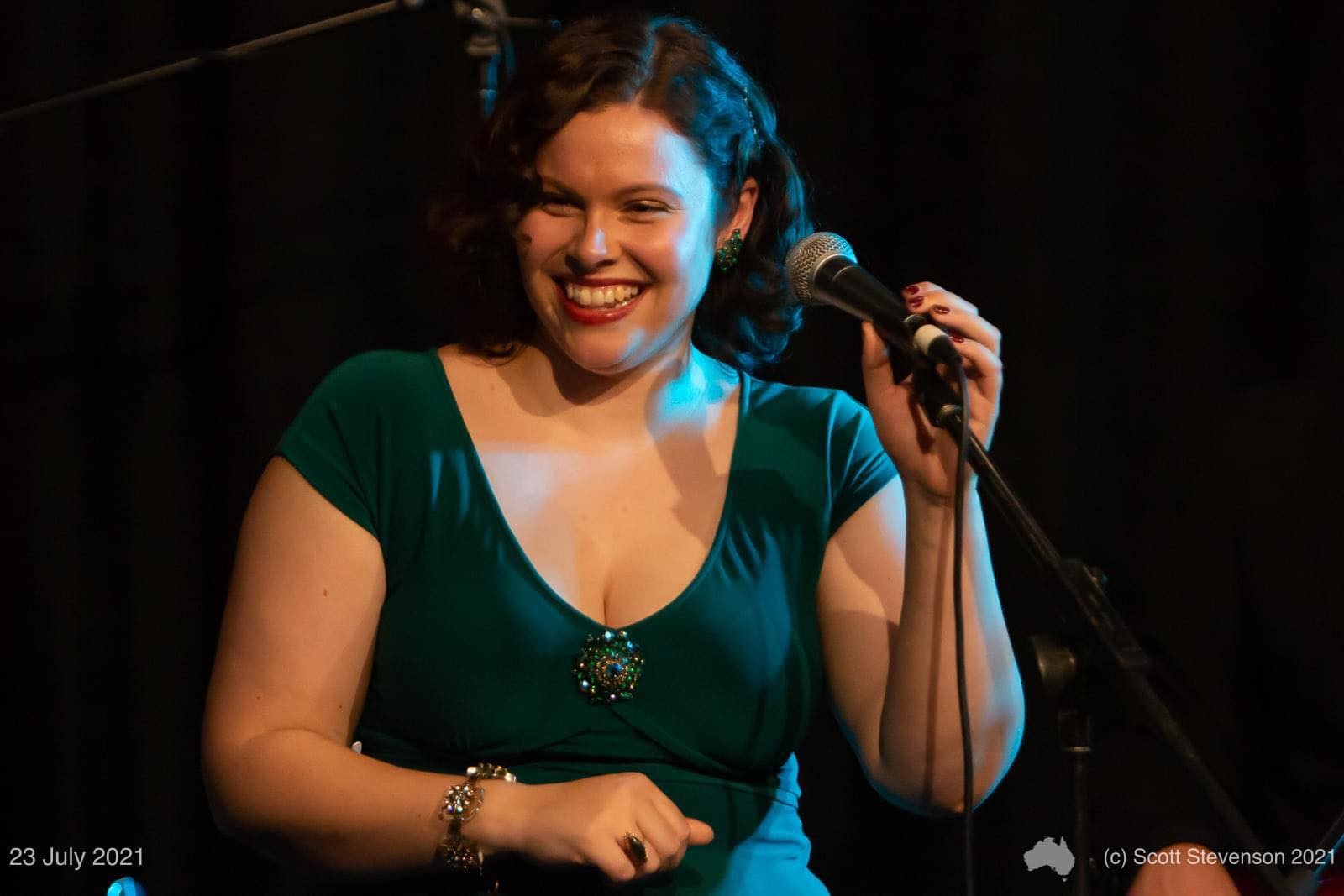 Sister C and the Bad Habits


Take five seasoned musicians, add a selection of tunes from some of the greatest Funk and Soul artists from across the decades (Aretha Franklin, The Neville Brothers, Jon Cleary, the venerable Dr. John, The Meters, Marvin Gaye, Donny Hathaway & Stevie Wonder) then throw in a bunch of songs from legends such as Steely Dan, Delbert McClinton and Hall & Oates along with Aussie legend Renee Geyer and you have Sister C & The Bad Habits

Make sure you hydrate well in the brief time between sets because this Sister & her Groovemeisters will get you in that trance and gonna make you dance all night long!

Claudia Tetreault-Percy (Vocals) is a multihyphenate in every sense of the word. Born into a French-Canadian Australian melting pot of a family in Montreal Canada, the singer started lessons at age 7 and has since flowed through genres like Jazz, Blues, RnB and Soul. Quoted directly from her mother: "Claudia could sing even before she could talk".
She performed all through high school and her early 20s in Canberra musical theatre hits like Hair the Musical, Footloose, Fame and Sunset Boulevard. While studying fashion marketing in Montreal, she found a little jam called Fonzie in the basement of an abandoned building and fell in love with the rich pool of talent the city had to offer. She formed a band with fellow musicians called the Permanent Residents and performed at the world famous MTelus venue in downtown Montreal.
Now back in Canberra, she is ready to set the stage for fabulous (and fabulously dressed) performances with Sister C & The Bad Habits.

Markus Bruun (Guitar) Born into a music loving family in Switzerland, where as a baby, he would only fall sleep in front a speaker in his baby cot. This love never left him.

Playing guitar since the age of 6 he has played in lots of various bands back home in Europe including Brandstifter and Mash, always somewhere between funk blues pop rock. If there’s syncopation and groove he’s usually not far away. This gear nerd loves tinkering with sounds and creating beautiful soundscapes.

David Frost - Keyboards/Vocals: has been playing keyboards in Canberra Bands for over 30 years. These include Blind Freddy - blues, Jealous Hand Band - 70's disco, Midnight Express - horn based soul and Zoopagoo - funk. Most of the 90's was spent with the legendary Reggae and Dance music outfit Ragga Jump.