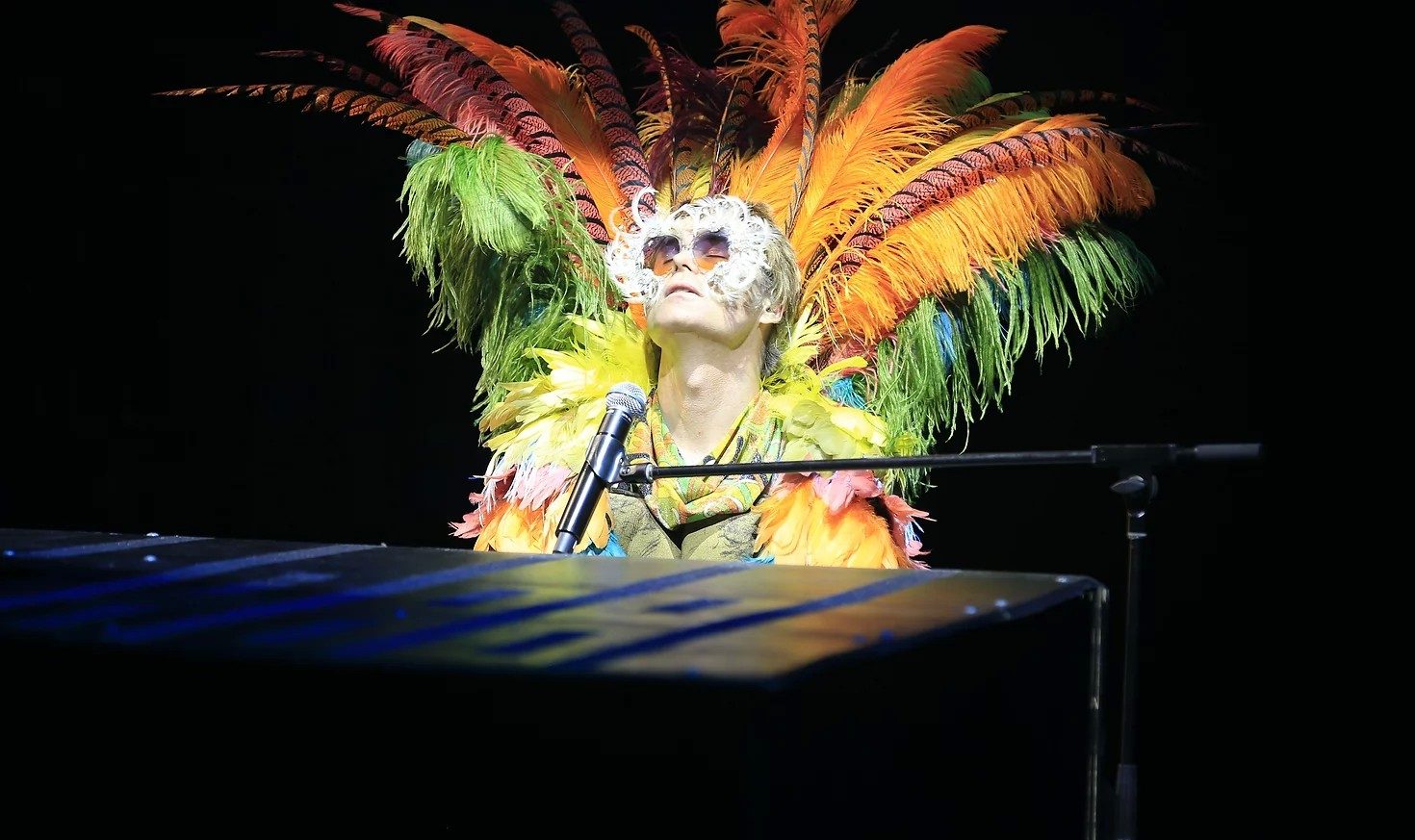 Elton - The Young Years is the world’s only Elton John tribute to fulfill the premise of the great tribute shows: to
present something you will never see again. In this case it’s Elton in his young, mid-1970s prime. And not just
the songs: the man himself is presented in the first-person, as a three-dimensional character that deeply
engages with the audience.

Elton - The Young Years was designed for casinos, cruise-ships and theatres... it has the bigness, flamboyance,
high energy, a little story-telling, and GREAT music.

The authentically reproduced flamboyant costumes, the voice, mannerisms, instruments, visuals and acrobatics,
coupled with hilarious, insightful and moving banter (scripted and spontaneous), and 2.5 hours of one of the
most iconic repertoires in the world makes Elton - The Young Years a hugely entertaining show.
Undoubtedly, it is the closest anyone has ever come to re-creating young Elton John in his golden period!